Many Federation starships are equipped with a large support craft built into the underside of the primary hull. These vehicles are able to travel through space, or enter a planet’s atmosphere. They are predominantly used for the Commanding Officer in any way he/she sees fit, but can be equipped for almost any use. 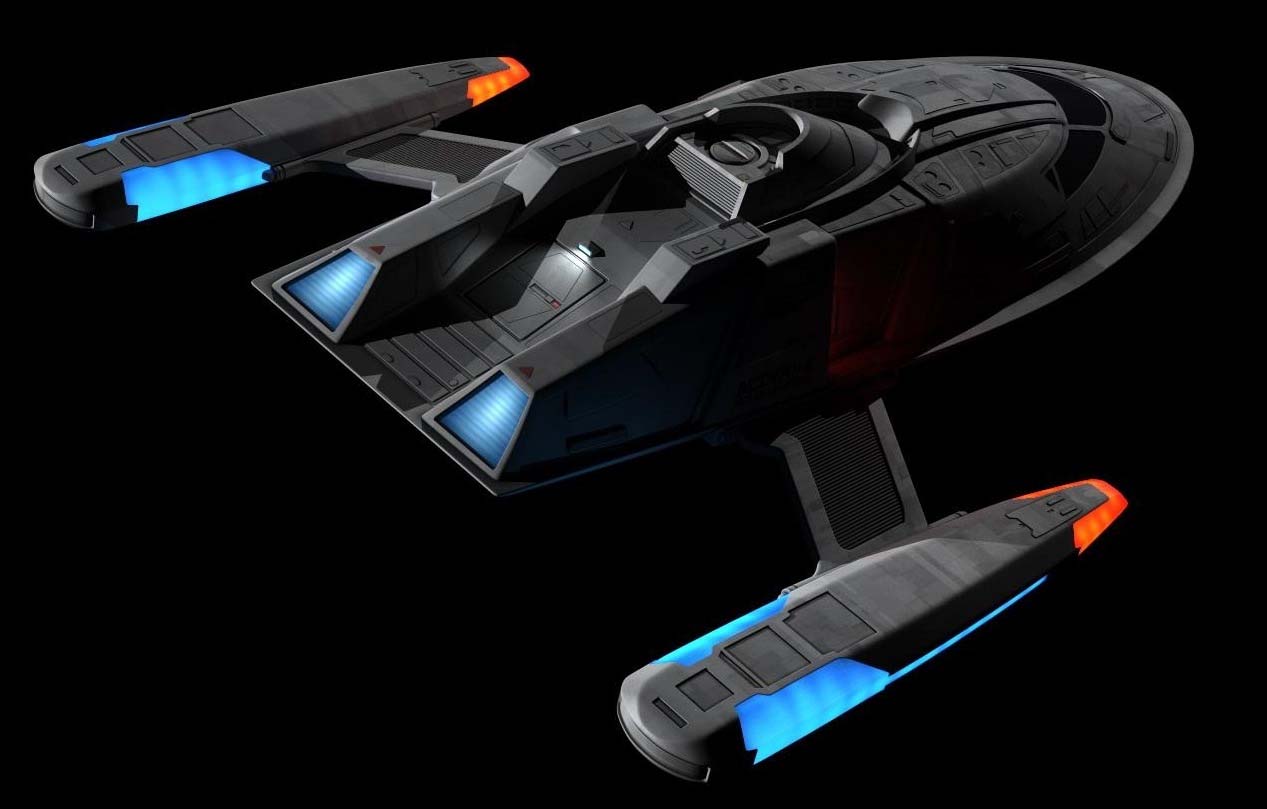 Being a Sovereign class starship, the U.S.S. Pharaoh has a Captain’s yacht (above) located on deck 14.

In this next image, the yacht can be seen  at the bottom of the primary hull, directly under the forward rotating torpedo launcher:

Deck 14 has multiple workstations to prepare the craft for launch, and also has seating for observation and/or waiting purposes.

The Captain’s yacht is always named by the Commanding Officer of the vessel to which it’s attached. The Pharaoh’s yacht has been named “Sagan” by Captain Burton, in honor of the great 20th century astrophysicist and planetary scientist, Carl Sagan. This is the dedication plaque of the Pharaoh’s Captain’s yacht: 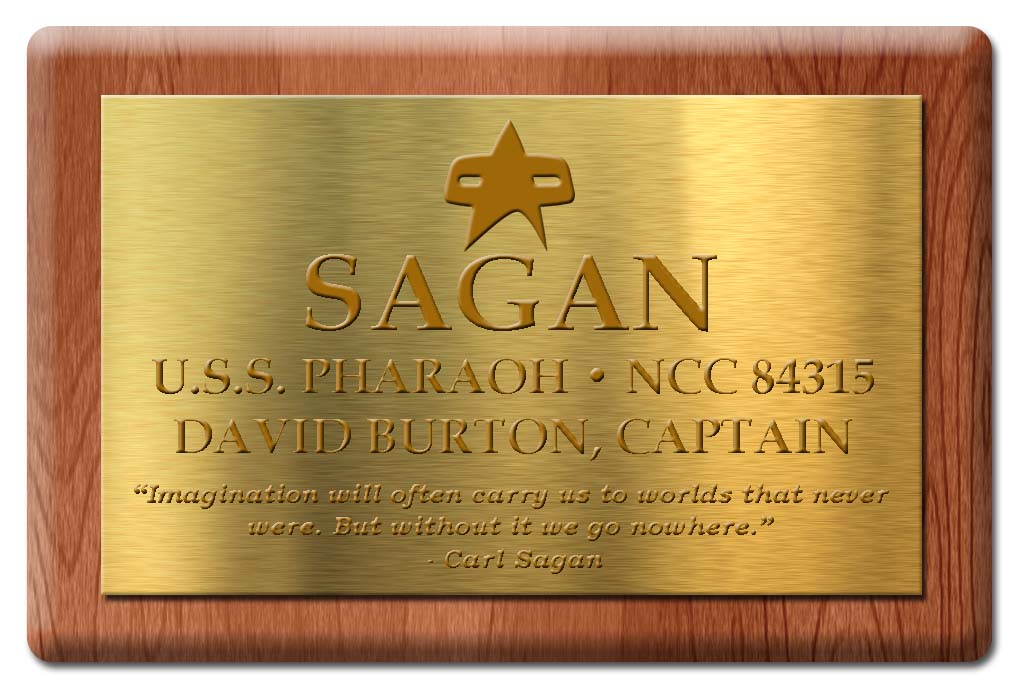 This next image shows the Sagan seconds after it has been deployed from the main ship:

This video clip shows the deck 14 area where the yacht is stored, the workstations and seating areas, and then the yacht as it departs the ship:

Specifications of this craft are: 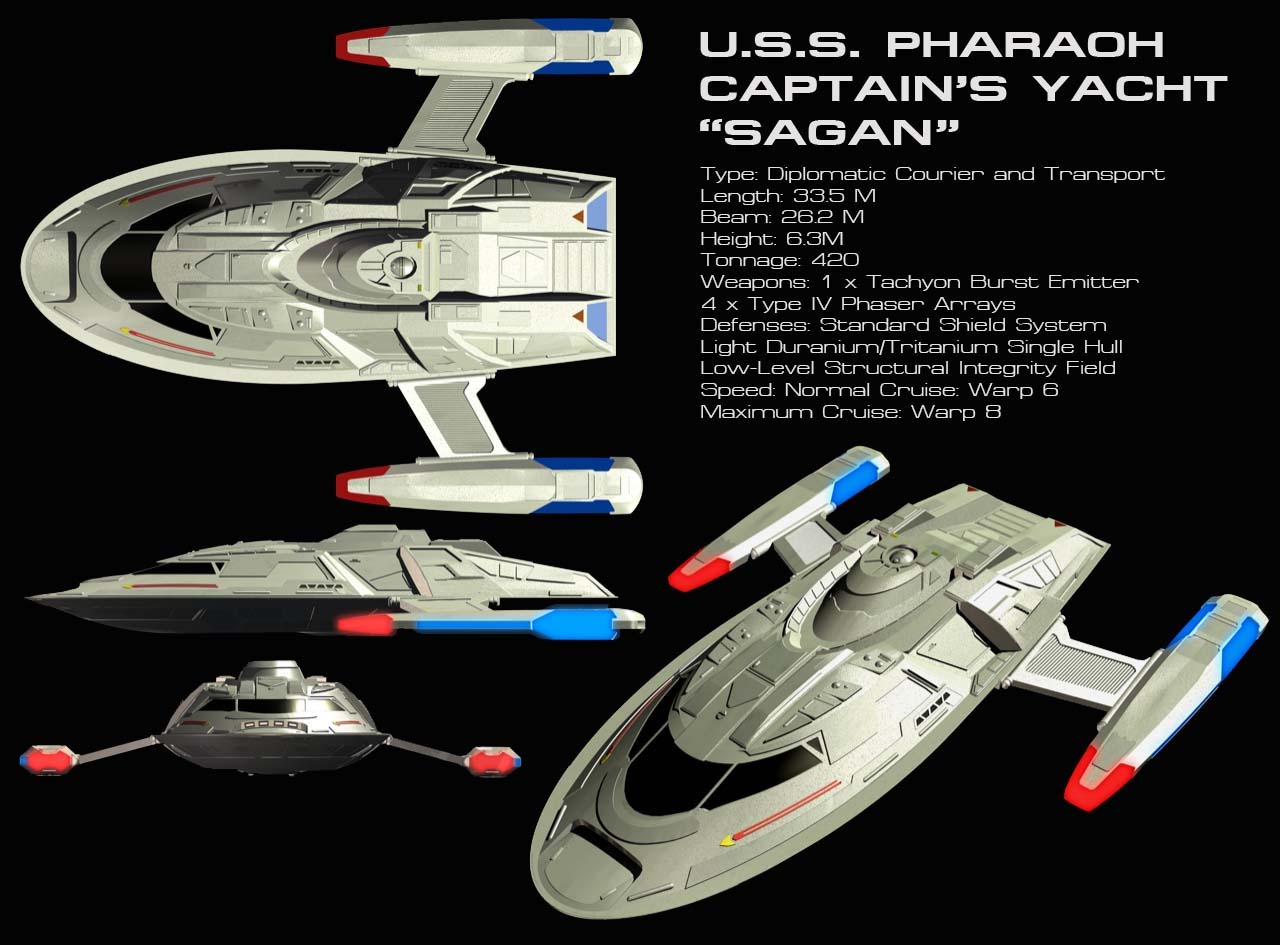 This class of yacht is capable of warp speeds, impulse drive, and is equipped with maneuvering thrusters. It is lightly armed, but is more than capable of looking after itself. It can accommodate large parties or be piloted by a single crewmember. It is very spacious being substantially larger than a Danube class runabout. This image shows part of the interior and the cargo transporter unit: