Navigating a Federation starship through the vast depths of space requires a comprehensive knowledge of interstellar navigational procedures. Flight Control officers and helmsmen undergo detailed training, but here is a quick guide to bearings and headings.

A bearing is the position of another object relative to your ship’s position, based on its azimuth (plane it’s on) and elevation angles: 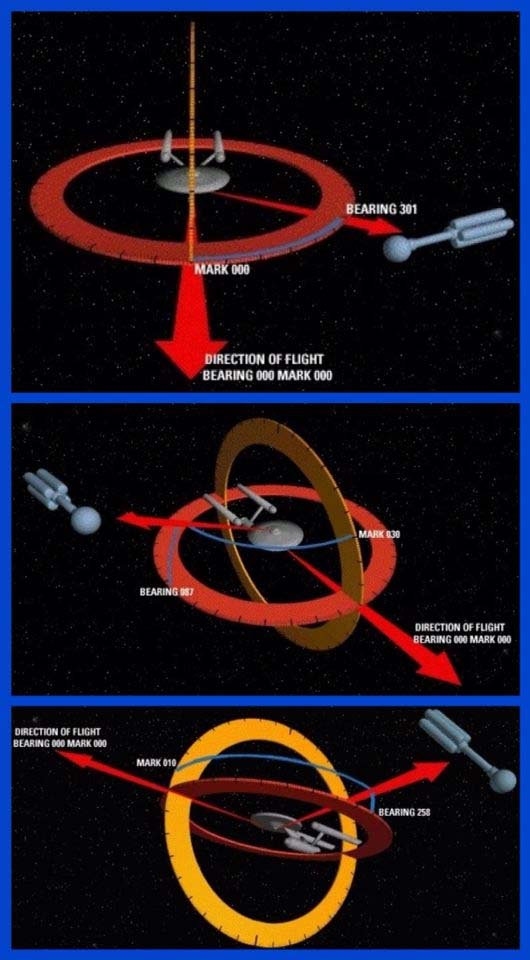 Headings are measured relative to the center of the galaxy, again using the azimuth and elevation angles.

All 3 of the ships in the image below have an angle of 30 degrees relative to the center of the galaxy, so they are on a heading of 030. 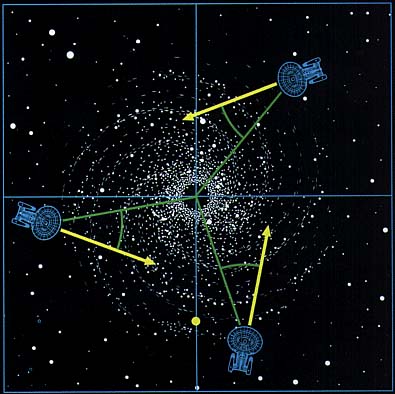 Headings and bearings are always stated using three figures, e.g. a heading of 2 is listed as 002, a heading of 26 as 026 etc. The exception to this is 0, which is usually stated as just 0.

A more detailed look at headings and bearings can be found in the book “Star Trek the Next Generation technical manual” by Rick Sternbach and Michael Okuda, available through Boxtree books.