A History of the U.S.S. Pharaoh

The name Pharaoh represents a landmark in exploratory starships throughout Starfleet’s history. From the early days when Starfleet’s finest pushed the barriers of the unknown to their limits and beyond, to the modern day ships designed with both defense and exploration in mind, the U.S.S. Pharaoh was a name synonymous in many first contact encounters, as well as defending the Federation against some often lethal foes.

There have been four starships with the name Pharaoh: 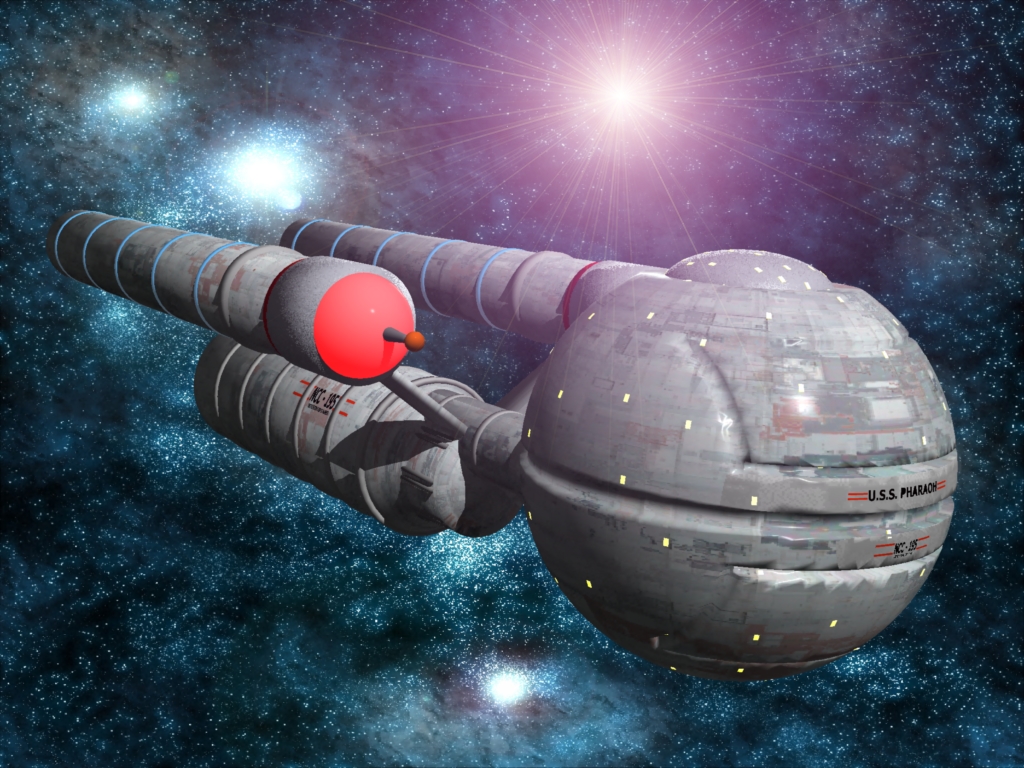 The Daedalus class Pharaoh saw extensive action in the many skirmishes between the Federation and the Klingon Empire. On more than one occasion she was called in to rescue civilians from attacking Klingon warships, and had to carry way in excess of the recommended persons to safety. She was also pivotal in negotiating treaties between many races, and also was present in five first contact situations. Again and again her crew pushed her to the limit, and again and again she served them well, standing up to the strenuous forces she was put through when the crew took her way past the recommended maximum speeds. Her commanding officer during this time was Captain David McCullough. During a routine investigation of a newly discovered nebula, she was lost with all hands in early 2183.

Self-destruct initiated in battle with Borg in 2389 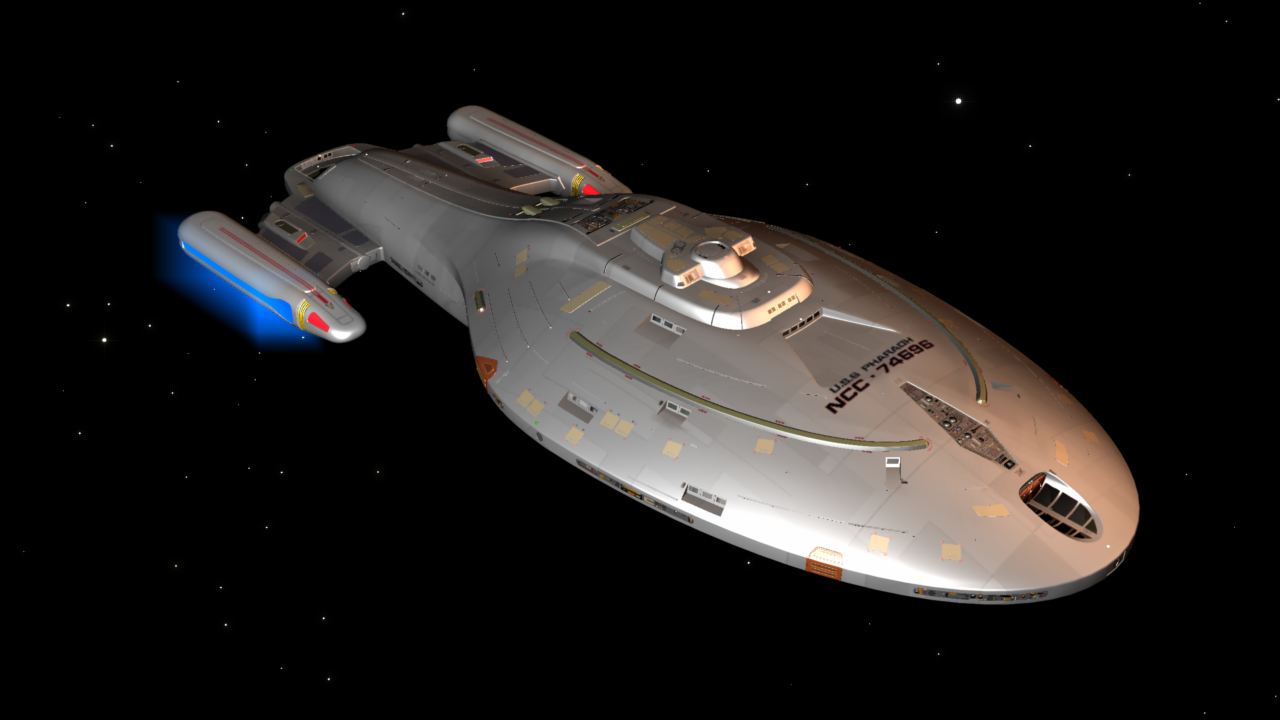 Following his command of the Galaxy class U.S.S. Andromeda, Captain David Burton took command of the Intrepid class U.S.S. Pharaoh. A new crew was assembled, and the Pharaoh was tasked with exploration of the outer reaches of the Alpha quadrant. Many new races were discovered, and she also saw service as a long-rang tactical vessel during the Cardassian/Dominion threat. She regularly escorted civilian vessels through dangerous areas of space, and could easily out-maneuver the enemy ships. During one of her missions, while exploring an unknown area of space far from the Federation, she came across the Daedalus class U.S.S. Pharaoh. She was adrift, but in one piece. Of her crew, there was no sign, and what happened to them remains a mystery to this day. The Daedalus class ship was towed back to Federation space, and is now on display in the Federation Fleet Museum. In 2389 the Borg raised their heads again, and this time led an all-out assault on the Federation with many ships attacking Federation worlds. Many ships were rushed to defend these worlds, and the newly developed transphasic torpedoes were used as the only form of weapon to destroy a Borg cube. During a situation at Mizar, seven Borg cubes attacked the U.S.S. Pharaoh. She managed to destroy four of them, but exhausted her supply of transphasic torpedoes, so the only course of action left to save the people of Mizar, was to detonate the self-destruct on board. All the Borg ships were destroyed, and most of the crew of the Pharaoh were saved, but the ship was gone. A noble way to go – doing what she did best – saving the citizens of the UFP from hostile threats. 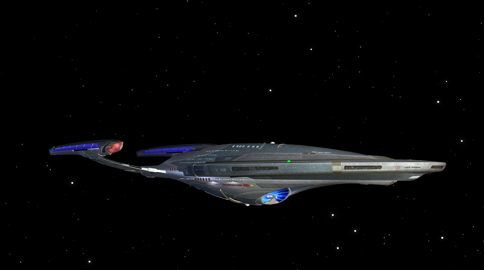 The newly commissioned Vesta class U.S.S. Pharaoh was entered into service the same year the Intrepid class was destroyed. Captain Burton immediately took command, and Starfleet decided to send this new ship with its quantum slipstream drive outside of our milky way galaxy. When she eventually reached the edge of the galaxy, her QSD was engaged. After only four hours however, something went wrong, and the QSD drive went in to lockdown. The Pharaoh was sent hurtling through space at speeds way in excess of maximum warp for three days. When she eventually came to a stop, the crew determined that they were in fact in the Large Magellanic Cloud – a neighboring galaxy to our own. Contact with the Federation was lost, and all attempts to return failed. So the crew resigned themselves to explore the LMC in the usual Starfleet way. All races encountered were completely unknown, and many became friends. One or two also became mortal enemies, and at one point an attack on the Pharaoh was so severe, she was nearly destroyed. In early 2394 however, the crew discovered an old Iconian gateway, and attempted to take the whole ship back to Federation space. It was a very rough journey, with much of the Pharaoh being destroyed beyond repair. As the crew emerged from the gateway, they were discovered by a Federation starship, and taken home. The Pharaoh herself, however, did not survive the journey, and what was left of her was decommissioned. Captain Burton and his crew were placed on leave while a new ship could be found.

In 2394 Starfleet was about to commission a new Sovereign class ship as the U.S.S. Tiberius, but she was renamed U.S.S. Pharaoh and assigned to Captain Burton and his crew. This new ship was brimming with all the most up to date Federation technology, and immediately went into service exploring unknown space, and making contact with new alien life. She is still in service, and has recently undergone a further upgrade of all systems, making her one of Starfleet’s frontline ships of exploration and defence, boldly going into the future.